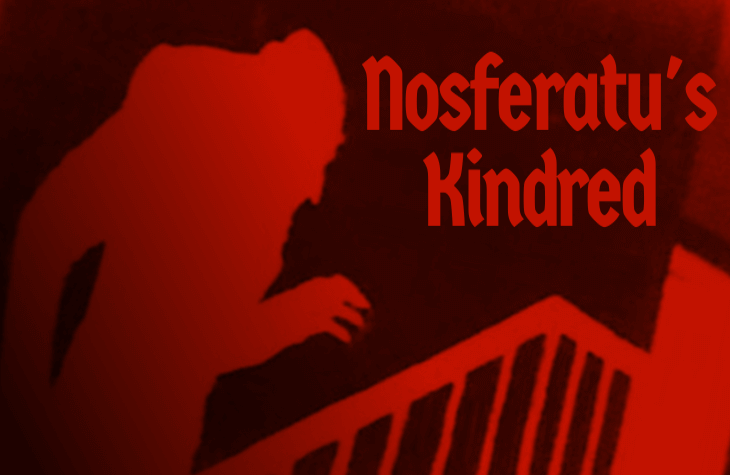 Did you know that this year marked the 100th anniversary of the German vampire classic Nosferatu? Well, I did — and I decided to mark the occasion with an 11-part, 22,000-word essay series on German vampire literature between 1748 and 1922.

If you follow Women Write About Comics, the main site I’m currently writing for, then you may be aware of the WWAC Patreon. Subscribers to the Patreon get regular perks in the form of monthly exclusive essays.

It’s been a year since I last posted a round-up of the WWAC Patreon posts, so here’s an update. The exclusive articles have free previews on the main site, which means you can sample them before you commit to a subscription. Here are some samples of the articles I’ve written:

And here’s the rest of the WWAC crew, with articles on DC, Marvel, IDW, manga and Die:

Want to read more? Well, all it takes is a small donation to the WWAC Patreon!

The ninth chapter of Elliott O’Donnell’s book Werwolves is devoted to German lycanthropes. Curiously, O’Donnell makes no mention of Stubbe Peeter, surely the most famous example of a “real” werewolf in history, although he is possibly alluding to the Stubbe affair when he comments that “many of the best-authenticated cases have been told so often, that it is difficult for me to alight on any that is not already well known”.

Instead, his main source of inspiration appears to be Frederick Marryat’s story of the White Wolf of the Hartz Mountains. After characterising Germany as a country rich in supernatural folklore, O’Donnell declares that here, the werewolf “seems to have confined itself almost entirely to the Harz Mountains, where it was formerly most common and more dreaded than any other visitant from the Unknown”. He then launches into a narrative entitled “The Case of Herr Hellen and the Werwolves of the Harz Mountains”; although this is presented as a true story, anyone familiar with Marryat’s fiction will be rubbing their chins in suspicion.

END_OF_DOCUMENT_TOKEN_TO_BE_REPLACED

The penultimate instalment of my essay series on German vampire literature is now live at WWAC, and this time I’m covering the weirdest piece of writing yet. Billed by author Franz Hartmann as “An Authenticated Vampire Story”, it posits that Elga — daughter of one Count Bethenykörös — was a vampire. However, I could find scant evidence that Countess Elga ever existed in the first place, let alone came back from the dead…