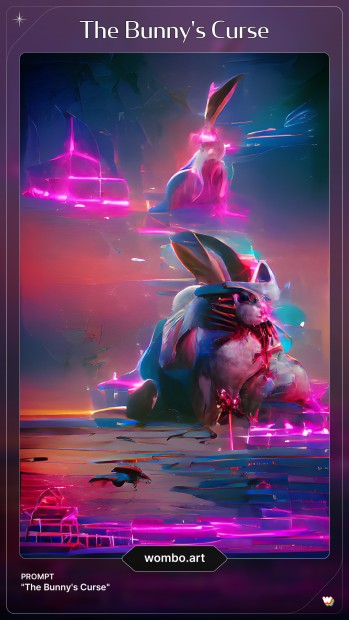 The latest toy everyone’s eager about on Twitter is Wombo Dream, a tool that creates AI artwork based on text prompts. I suspect that somewhere down the line the novelty will wear off and it’ll be as well-remembered as that Random Meme Caption Generator or the Penguin Classics Cover Generator, but I’ve been having fun with it. As a lark, I entered the titles of the short stories I’ve had published so far. Above is what the app made of my Whoniverse story from a few years back, The Bunny’s Curse — and I have to say, it’s a remarkably fitting illustration. 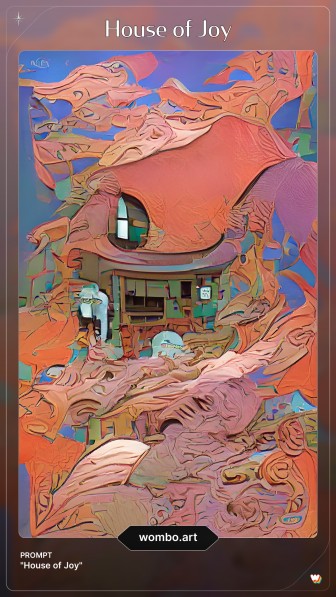 This, on the other hand, was a let-down. I won’t lie: if an illustrator handed this in, I’d wonder if they’d even read the story. 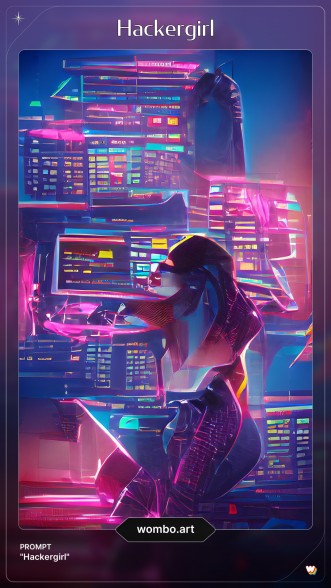 This is a cool-looking image, but boy did the app take the story’s title literally. I mean, for starters, the main character isn’t literally a hacker; the whole Matrix vibe doesn’t ring true. 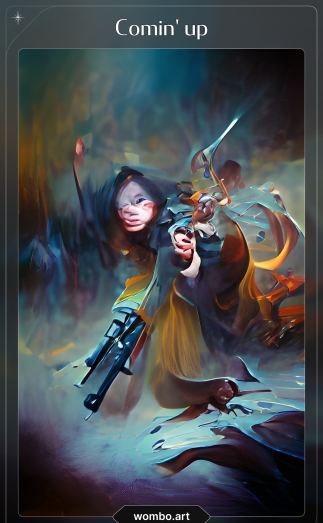 Finally, thsi was based on the title of a story I’ve recently had accepted and should be published in January — and I have to say, the AI nailed it…