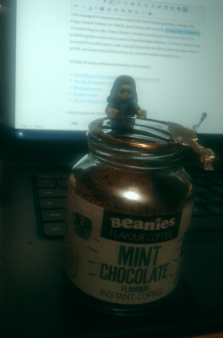 To me, it didn’t seem that the penultimate month of 2021 lasted long at all. I still managed to squeeze some work into those fleeting weeks, though. My Hugo Award reviews for WWAC are in their last stretch; A Long Year’s Dreaming is continuing to take shape (lately I’ve been working on the cover art); I’ve pulled together some more cash to fund Midnight Widows; I’ve had a short story accepted for publication; and I should hopefully be able to give my next novel a public announcement before long. So, into the festive season we go…

Article topics for December and beyond: 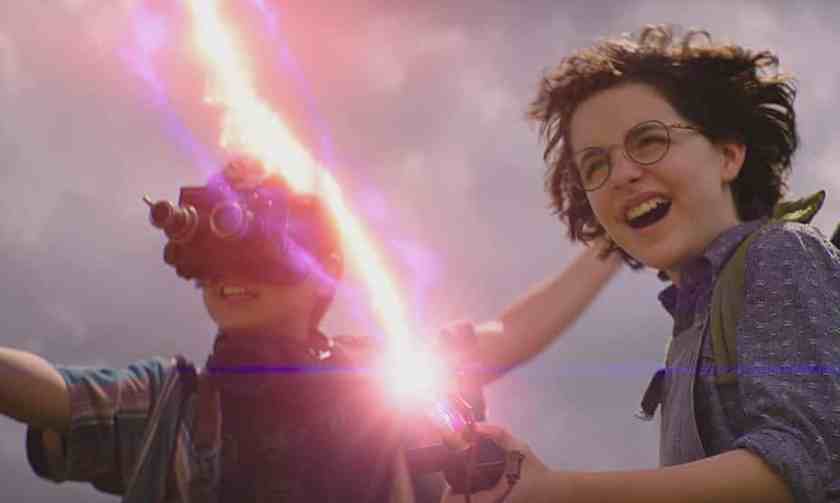 The big horror-adjacent release of the month was… well, I’m assuming it was Ghostbusters: Afterlife, although I have to admit that I’ve heard almost nothing in terms of buzz about this film. Compared to the opinion-dividing 2016 Ghostbusters, which sparked a microcosmic culture war, few people seem interested in Afterlife. i wonder if this had something to do with the trailer, which (perhaps as a response to the notoriously awful trailer to the previous film) contained absolutely no humour whatsoever. I’m planning to see Afterlife, but it’s below House of Gucci and Eternals on my list.

END_OF_DOCUMENT_TOKEN_TO_BE_REPLACED 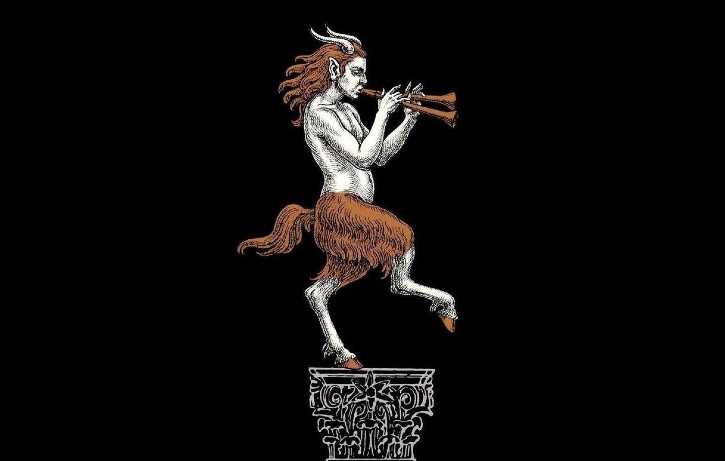 My WWAC series on the 2021 Hugo Awards grows ever-nearer to its conclusion. Today, I’ve had the pleasure of reviewing Susanna Clarke’s Piranesi — read on…

Once I’ve finished reviewing the Hugo finalists for WWAC, I’m hopinh to crack on with A Long Year’s Dreaming: Science Fiction, Fantasy and Horror in 2020. Because I’ve decided to delay the project past its original deadline of December, I’ve got space to cover a few more books. But not much time: the Splatterpunk Award finalists will presumably be announced in February, after which I’ll be going back to my annual tradition of reviewing those. So, I’ve got about three months to write more work for A Long Year’s Dreaming.

I’d be very interested in hearing recommendations: can you think of any SF/F/H novels from 2020 that warrent coverage?

For my part, I’ve been looking at awards for ideas. I’ve covered the Hugos, so allow me to look further afield. First, the Nebulas:

Once we’ve discounted the books that were also Hugo finalists, we’re left with Mexican Gothic (which I’m definitely going to try and squeeze in0 and The Midnight Bargain (which I might take a look at).

END_OF_DOCUMENT_TOKEN_TO_BE_REPLACED

The crew behind Sentinel comic are good people, and I’ve had the pleasure of plugging their work before. Now the tenth issue of their comic is being crowdfunded. Regular writer Alan Holloway has dreamt up another done-in-one story, this time drawn by artist Dave Metcalfe-Carr, taking us to a futuristic Earth that’s been visited by aliens (who weren’t entirely impressed with what they found).

The story in question starts out looking like a gritty cyberpunk thriller: “Newtopia 2059. The problem with a city built on the ashes of another is that you find the stench remains.” As things progress, though, it starts heading in a sillier direction, with a thick layer of humour accompanying the twisty-turny excitement. The Jaime Hernandez-esque artwork fits the mood.

The issue isn’t out yet (I based this post on a preview PDF) but if you’re interested, you can chip into the Kickstarter!

Chapter 55 opens with Wagner bemoaning his decision to make a deal with the Devil, before turning into a wolf and going off on his third rampage of the novel. Since he’s trapped on an unpopulated island, he doesn’t get any bystanders to trample, only the local fauna:

Scarcely have its feet touched the verge of the water, when the monster wheels round and continues its whirlwind way without for an instant relaxing one tittle of its speed. Away—away, through the fruit-bearing groves, clearing for itself a path of ruin and havoc,—scattering the gems of the trees, and breaking down the richly-laden vines; away—away flies the monster, hideous howls bursting from its foaming mouth. The birds scream and whistle wildly, as startled from their usual tranquil retreats, they spread their gay and gaudy plumage, and go with gushing sound through the evening air. He reaches the bank of a stream, and bounds along its pleasant margin, trampling to death noble swans which vainly seek to evade the fury of the rushing monster.

Not all of the wildlife is as defenceless as these unfortunate swans, however, and the lupine Wagner runs into trouble when he crosses paths with a snake (“in an instant its hideous coils are wound round the foaming, steaming, palpitating body of the wolf”). Even here, though, the wolf overpowers the boa and drags it “as if by a thousand horses” onto the ground, where it is consumed by nameless vermin. When Wagner has returned to his human form, Satan pops up to gloat:

END_OF_DOCUMENT_TOKEN_TO_BE_REPLACED 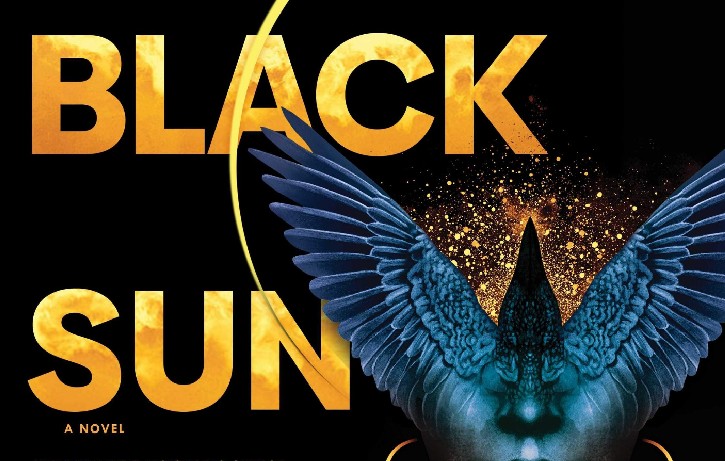 The second of my six Hugo novel reviews for the year is now up at WWAC. This time, I’m covering Black Sun by Rebecca Roanhorse…

Join me over at the official website of the Treasury of British Comics series as I gush over The Tom Paterson Collection: Sweeny Toddler, Grimly Feendish and many others besides are waiting within! Just the thing to rekindle fond memories if you ever read Whoopee, Whizzer & Chips, Oink! and the like…

This is going to be a long, messy post on an ugly and frankly dispiriting subject. Why am I spending so much time writing something that, I can confidently predict, only a handful of people at most will bother reading? The answer is simple. I’ve seen some disturbing things, I’ve had people with more power and influence than myself try to gaslight me into thinking that I didn’t see disturbing things, and it’s left me with a mental scab that I’ve been picking at for years. A recent incident prompted me to finally tear off that scab and let it all bleed out. You’re standing in the blood right now.

There’s a site on the net called RationalWiki, which is devoted to humorous debunkings of various extremists, cranks and con-artists. It’s got some good stuff and some not-so-good stuff. In the latter category, we find its coverage of a person named Sarah Nyberg. So, before I properly delve into RationalWiki, let me talk about Nyberg.

END_OF_DOCUMENT_TOKEN_TO_BE_REPLACED

Chaper 53 continues the family saga of Grand Vizier Ibrahim. His wife, Princess Aischa, is most upset at having been neglected by her husband., Grand Vizier Ibrahim, in favour of his new beau Calanthe Calanthe. Aischa’s brother, Sultan Solyman is enraged at Ibrahim. But Aischa and Solyman’s mother, Sultana Valida, tries to calm him down as she begins to develop a plan.

Her plan involves enlisting the aid of three black servants: “Terrible appendages to the household of Ottoman sultans were the black slaves belonging to that corps—like snakes, they insinuated themselves, noiselessly and ominously into the presence of their victims, and it were as vain to preach peace to the warring elements which God alone can control, as to implore mercy at the hands of those remorseless Ethiopians!” Blissfully unaware of all this skullduggery, Ibrahim retires to the hands of his harem, and the novel spends much time describing his opulent surroundings:

The room was crowded with beauteous women when the presence of Ibrahim was announced by a slave. There were the fair-complexioned daughters of Georgia—the cold, reserved, but lovely Circassians—the warm and impassioned Persians—the voluptuous Wallachians—the timid Tartars—the dusky Indians—the talkative Turkish ladies—beauties, too, of Italy, Spain, and Portugal—indeed, specimens of female perfection from many, many nations. Their various styles of beauty, and their characteristic national dresses, formed a scene truly delightful to gaze upon: but the grand vizier noticed none of the countenances so anxiously turned toward him to mark on which his eyes would settle in preference; and the ladies noiselessly withdrew, leaving their master alone with the slave in the anteroom.