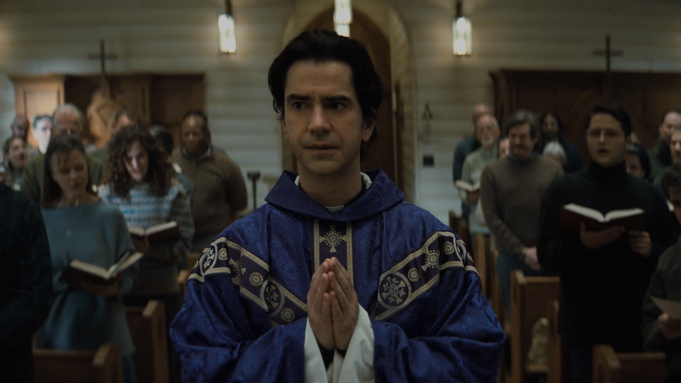 I’ll be honest, this was rather took hectic a month for me to keep up with my genre beat. We all know that September is something of a calm-before-the-storm month for horror happenings, anyway. Even if, as in this case, it did see some notable streaming releases: witness Mike Flanagan’s miniseries Midnight Mass, and the immigration-themed horror film No One Gets Out Alive.

Before I go, I could hardly leave without mentioning something I’d missed from last month’s round-up: Graham Masterton now has a statue in Poland depicting himself as a pointy-hatted dwarf. This is one of many dwarf statues decorating the streets of Wroclaw, Poland.