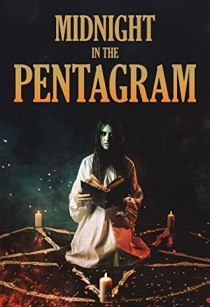 A new French bistro by the name of Mon Corps has opened up and already become a roaring success, prompting reporter Cynthia Owen to interview its proprietor Jermane Welkner. Given that every other restaurant to have occupied the building failed, and the small Indiana town that houses it is not the most likely location for such a high-end establishment, what exactly made Welkner’s bistro such a hit?

In the interview, the smug and obnoxious Welkner attributes the joint’s success partly to his own business sense and partly to the skill of his chef, Alexandre Boucher. The chef in question turns out to be something of an enigma: he remains tight-lipped when Cynthia speaks to him, no information about him can be found online, and he stores his meat in a personal sub-basement that not even Welkner himself is allowed to visit…

Food-themed horror is a theme in this year’s Splatterpunk Awards, with the anthology category featuring two volumes of such stories (Chew on This! and Brewtality). “My Body” will need to be a particularly strong variation on the motif to stand out – and as it happens, Wesley Southard has dished up a witty and well-constructed tale of gastro-terror.

The basic premise is something of a slow-burner. The food prepared by the enigmatic chef turns out to have a series of effects on those who consume it: first, it gives them an unbeatable taste sensation; then, it fills them with sexual lust (upon visiting the restaurant herself, Cynthia’s first desire is to rush into bed with her boyfriend Greg); then, it causes uncontrollably violent anger – a when Greg is suddenly compelled to punch his boss in the face.

This is a concept that takes a while to develop to full potential, but the story speeds things up by chopping and changing between two different time periods. Its in medias res opening has Cynthia hiding under a carving table, clutching a meat cleaver while a throng of people outside bang on the door; the story repeatedly cuts back to this scene, describing the mob of “crazies” breaking into the kitchen and stabbing a woman to death on the table under which Cynthia hides.

The main arc of the story follows Cynthia, Greg and everyone else who has eaten at Mon Corps growing increasingly violent, each driven by an urge to feed a Cronenbergian creature dwelling within. The influence of films has been evident across the Splatterpunk Award short stories, but “My Body” makes some effort to move beyond the purely visual and Cynthia’s psychological state following her infection via internal dialogue:

Something thick and heavy coiled around in her stomach. This time it said, Again. More blood.
Mary staggered away. The rest of her co-workers were frozen in stunned surprise.
Now. More blood. Now.
“No…”
Feed me.
“No!” she screamed.

This internal aspect of the story only goes so far, however, and the horror climaxes in literal – even conventional – terms as a towering demon takes centre stage. “My Body” is part of Midnight in the Pentagram, and its final turn into familiar horny-devil imagery fits the theme of the anthology. This is not the most subtle direction the story could have headed in; but then, nobody really goes to the Splatterpunk Awards for subtlety. Inventively-structured body horror tends to be the order of the day, and “My Body” delivers.