April was a productive time for me. This month saw the publication of my short story Hackergirl along with the second issue of Midnight Widows. in the background, I’ve been beavering away on a few more projects: a novel, a non-fiction book and a number of blog series coming your way soon…

Meanwhile, another round of horror films were released into our pandemic-scarred landscape: The Unholy, adapted from James Herbert’s novel Shrine; The Oak Room, based on Peter Genoway’s stage play; the wendigo saga Dawn of the Beast; psychodrama The Power; the hallucinatory Honeydew; haunted house flick The Banishing; the horror-comedy Jakob’s Wife; the feminist-flavoured At Night Comes Wolves; the Ireland-set Boys from County Hell; Mortal Kombat, based on the once-controversial video game; the werewolf film Bloodthirsty; In the Earth; Separation, about a divorce gone horribly wrong; and, out just today, The Resort. On television, audiences were given the racism-themed Them and the anthology series Deadhouse Dark. Creepshow and Fear the Walking Dead received new episodes.

The ballot for the 2021 Hugo Awards was released; although (as per usual) geared primarily towards fantasy and science fiction, it includes a number of works that are horror or at least horror adjacent, such as N. K. Jemisin’s Lovecraft riff The City we Became, Tamsyn Muir’s necromancers-in-space sequel Harrow the Ninth and Rae Carson’s self-explanatory “Badass Moms of the Zombie Apocalypse”. The 2021 Ignyte Award finalists were also announced, with vampires a recurring theme: Sheree Renée Thomas’ “Love Hangover” (from the anthology Slay: Stories of the Vampire Noire), Imprint’s Vampires Never Get Old: Tales with a Fresh Bite and Tamara Jerée’s essay “How to Make a Family: Queer Blood Bonds in Black Feminist Vampire Novels” all made the ballot.

While he played an Ewok in Return of the Jedi and the childlike robot Twiki in Buck Rogers in the 25th Century, Felix Silla‘s best-known role was the hirsute Cousin Itt in the sixties Addams Family series. He passed away on April 16, aged 84.

Composer and lyricist Jim Steinman worked with a range of artists, but rock enthusiasts will know him for his collaborations with Meat Loaf. Together, the two conjured up a landscape populated by bats out of hell and angels rising from tombs. The darkly romantic nature of Steinmen’s lyrics led to him being approached by Andrew Lloyd Webber to pen The Phantom of the Opera, although he turned down this offer. He passed away on April 13, aged 73.

Another week, another instalment of my Killer Horror Critic column on the history of werewolf cinema. This time, I’m heading to 1973 to meet one of the most annoying protagonists in the genre with The Boy Who Cried Werewolf…

I is for Internet, the latest horror anthology from Red Cape Publishing, is out now! My story Hackergirl is one of the thirteen tales of weirdness on the web that will be yours to read when you pick up a copy. If you enjoy the anthology, I and everyone else involved would very much appreciate it if you left a rating at Amazon, Goodreads or the outlet of your choice.

I is for Internet, the ninth book in an epic series of twenty-six horror anthologies. In this book you will find a collection of thirteen unsettling tales from some of the most imaginative independent horror writers on the scene today. Each story takes a new look at the potential horrors of the online world, from stalkers to cyber-demons, artificial intelligence to predators. I is for Internet will plug you straight into the mainframe and have you desperate to pull the plug.

The finalists for the second ever Ignyte Awards were announced a few days ago. Last year I reviewed the short stories and novelettes that were up for the award, and I intend to do the same this time around, but for now here’s a quick look over the entire ballot…

Well, the only one I’ve read is The City We Became, although I’m also planning to read and review Black Sun as part of my Hugo coverage. The Only Good Indians and Midnight Bargain are already on my to-read list from various horror awards and the Nebulas respectively, but the Hao Jingfang book is new on me.

END_OF_DOCUMENT_TOKEN_TO_BE_REPLACED

I’ve got a new article up at WWAC, and it’s a pretty chunky piece of work if I do say so myself: a 6000-word retrospective of the Fourth Doctor strips published in the official Doctor Who magazine, created by Dave Gibbons and a revolving team of writers. The article’s exclusive to WWAC Patreon subscribers, but you can read a sample here before taking the plunge… 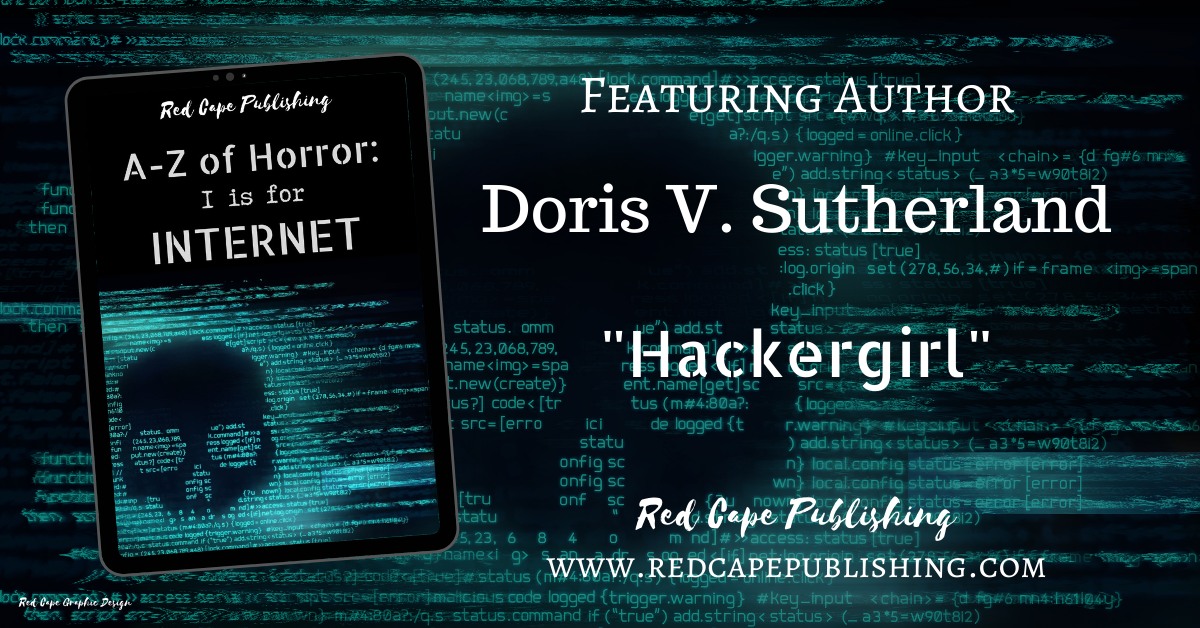 UPDATE: The book is now available for preorder!

I’m proud to say that I’ve had a story accepted for the next volume of Red Cape Publishing’s A-Z of Horror series.

Here’s the complete line-up for I is for Internet, which is due to be published in the near future:

My weekly werewolf column at Killer Horror Critic is back after a short hiatus with a look at a number from 1972 called Moon of the Wolf...

Over at WWAC I’ve reviewed the latest novel from Grady Hendrix:

Vampire fiction has evolved considerably in the just-over-two centuries since the genre was codified by John Polidori. Each year brings with it a new take on the theme that becomes the latest contender for classic status, and for 2020 that work may well be The Southern Book Club’s Guide to Slaying Vampires by Grady Hendrix. The Lord Ruthven Assembly certainly believes so, considering that they gave the novel their award for best vampire fiction last month; previously, Goodreads voters placed it in the top three horror books of 2020.

Grady Hendrix’s story begins in 1988 when Patricia Campbell and her smalltown South Carolina friends grow dissatisfied with their local book group. Struggling to find time for literary masterpieces about social issues, they end up drifting towards lurid volumes on true crime. The years pass and, come 1993, the book club is still together, meeting regularly to discuss their latest gruesome reads – the subject matter of which becomes all too topical for Patricia when she is suddenly attacked. The assailant is elderly local Ann Savage, who bites a chunk of her ear off; the attacker dies in hospital while Patricia recovers from her ordeal.

After this incident, Patricia forms an unlikely association with Mrs. Savage’s great nephew, James Harris. Charismatic and affluent, James becomes a hit with the local community. Behind the façade lies a dark secret, however, and Patricia is forced to confront the fact that the town has a vampire in its midst.

I’ve already covered the six published issues of retro-80s indie comic Sentinel (here, here and here) but the lovely people behind it also sent me a preview PDF of the next issue.

After a run of self-contained stories, issue 7 sees the return of the two characters from the first issue: a grizzled spacefaring hero and his small furry friend. I’ve noticed a distinct Ray Harryhausen influence on some of the past stories, and this comes to the fore when the two unlikely protagonists arrive on a world populated by thinly-veiled versions of the Greek mythological creatures so famously rendered in Dynamation. Creators Alan Holloway and Ed Doyle clearly have great fun pitting their heroes against the stop-motion monsters while also continuing the narrative from the first issue.

It’s a good romp, and if you’d like to help it see publication, the Kickstarter still has two weeks to go…