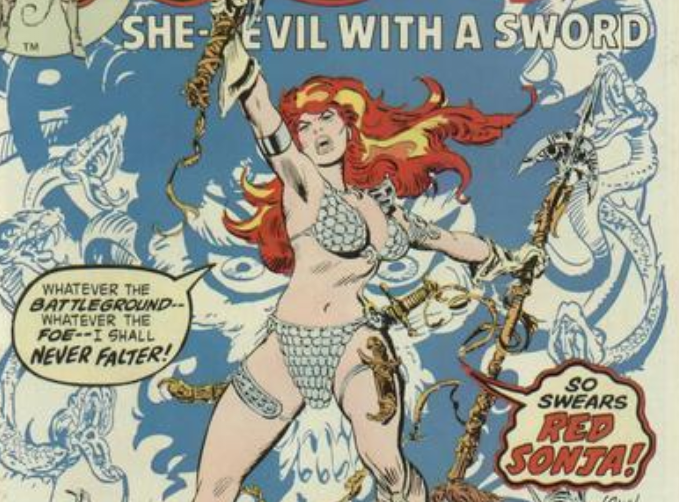 If you’re a subscriber to the Women Write About Comics Patreon, then another patron-exclusive article is available for you: The Fighting First Lady — Red Sonja in the 1970s, where I look at the earliest appearances of the comic book sword and sorcery heroine and trace her evolution from her pulp namesake Red Sonya. If you’re not a subscriber, well, here’s a preview to show you what you’re missing… 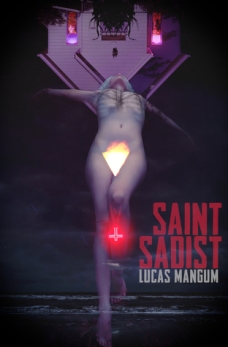 Courtney is the daughter of a sexually abusive father, and shortly after her nineteenth birthday she finds that she is pregnant. Despite her mother’s pleas, she runs away from home, and her travels begin with a spiritual experience:

On the side of the main drag, some five miles from Daddy’s property, I have a vision:

A genderless angel falls, wings on fire. When it hit the ground, the sky turns red. I’m caught in the internal blast radius. My child swims like a fish in my belly. Tongues of fire rise alongside me like burning buildings. They line the road ahead, and I walk on.

A prophetess whore in exile, onward to Canaan.

Her subsequent exploits form not only an escape, but also a religious journey. Courtney earns money as a sex worker, all the while being haunted by visions that channel her emotional state through religious imagery: the demonic figure of Baphomet; a puritan witch-hunter eager to punish her transgressions; an Aryan Jesus; the hanging of a female Judas. Eventually she meets a strange yet charismatic individual named Brother Ambrose, who claims to be a prophet. After joining Ambrose’s religious commune, Courtney hopes to find a safe space to give birth to her child – but it soon turns out that she has traded one abusive environment for another.

END_OF_DOCUMENT_TOKEN_TO_BE_REPLACED 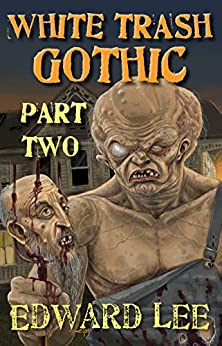 In this shorter sequel to the Splatterpunk Award-winning White Trash Gothic (itself a continuation of threads from other Edward Lee stories, most notably The Bighead and Minotauress) readers are taken on a return trip to Luntville, West Virginia. In this backwoods town, the locals follow their own code: all manner of hedonistic perversions are rampant, but at the same time, those deemed transgressors are punished without mercy.

The main character is a visiting novelist revered to simply as the Writer, recovering from a recent encounter with a doppelganger. The mysterious double set him a strange task: to exhume the body of Ephriam Crafter, a man reputed to have been a magician. The Writer is accompanied on his mission by amputee Dawn and albino Snowie, a pair of voluptuous but not-particularly-bright young women who are ready to help him dig up Crafter’s remains – so long as he can keep them from catfighting, of course. Together, the three head to the purportedly haunted house where the grave is located.

END_OF_DOCUMENT_TOKEN_TO_BE_REPLACED

There are times when it’s fun to run a horror blog. Like Halloween, or around the release of the latest horror film everyone’s talking about. Other times, though, it feels painfully incongruous.

A few days ago I was writing a “month in horror” round-up post where I talked about a controversy involving a horror TV host – a controversy which, I suspect, most people had already forgotten about. That same day, the news was filled with protests and civil unrest in the wake of George Floyd’s murder at the hands of the police less than a week beforehand. Even as I finished off my post, I thought to myself, “who cares about this stuff?”

END_OF_DOCUMENT_TOKEN_TO_BE_REPLACED 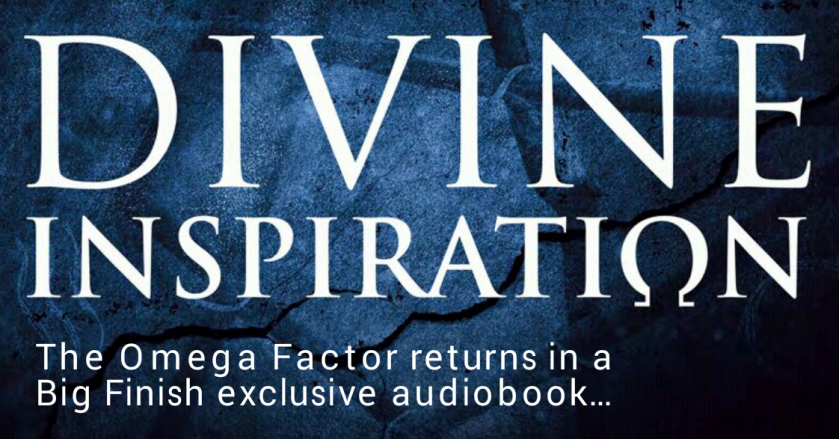 The latest issue of the Big Finish magazine Vortex has a feature where my editor Xanna and I discuss my upcoming Omega Factor novel. Get the PDF here…