Well, we’re now halfway through the 2019. The final year of the decade, and there are only six months left of it! Shocking, I know. So anyway, as an avid cinemagoer, here are the four films released over the past six months that I enjoyed the most… 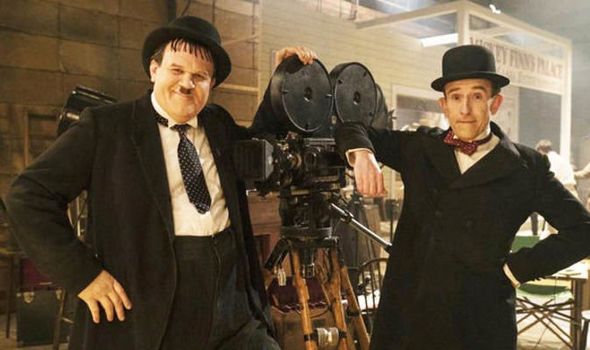 Looking at the publicity materials alone, it wasn’t always easy to work out what Stan & Ollie actually was. It starred Steve Coogan and John C. Reilley as Stan Laurel and Oliver Hardy, that much was clear – but the posters showing the two bowler-hatted bumblers gave the impression that it would be less a biopic, more a recreation of the originals’ onscreen personas, rather like the not-particularly-well-received Three Stooges revival from 2012.

As it turns out, the film was a bit of both. The “real” Stan and Ollie are portrayed as getting into the same sorts of comedic scrapes as the characters the played – hauling an enormous trunk of luggage up a flight of stairs only for it to slide merrily down to the bottom; Stan repeatedly ringing a hotel bell, and an increasingly irate Ollie yanking it away from him only to accidentally ring it himself. At first I thought that this blurring of the real and fictional figures would get distracting, but it soon became clear what the film was doing: this is all part of the plot.

In the film’s version of events – and not being personally familiar with the true lives of Laurel and Hardy, I can’t vouch for its accuracy – Stan Laurel is so totally immersed in his role as both co-star and chief gag-writer that he spends much of his time inventing and rehearsing material for future skits. But Oliver Hardy is different: real life is catching up with him in the form of financial worries and health problems, and he no longer has the time to lose himself in his onscreen persona the way Stan does.

As the plot develops, this discrepancy turns out to drive much of the conflict. Ollie comes to resent his co-star, deriding him as a “hollow man”; this, of course, echoes their onscreen personas, with Hardy’s impatience pitted against Laurel’s obliviousness. The plot of Stan & Ollie plays out something like a classic Laurel and Hardy film, albeit with the humour toned down and the pathos amped up.

At times, that pathos derives from the fissures between Stan & Ollie’s personas and their true-life problems. Ollie, who has turned to sports betting to solve his financial woes, publicly crumples a sporting newspaper in frustration; he then catches sight of a group of cheerful kids watching him, as though he were merely performing in-character, and hastily gives them a wave and cheeky smile to keep up appearances. Meanwhile, Stan sits in a waiting room, performing clownish acts for the benefit of the receptionist – who has no idea who he is, and watches bewildered at his eccentric behaviour.

Co-starring alongside Coogan and Reilly are Nina Arianda Shirley Henderson, who play Laurel and Hardy’s wives. It’s interesting how these two characters compare to their husbands: at first glance each couple appears to be mismatched, glamorous Ida Kitaeva Laurel contrasting with meek Stan and small, mild Lucille Hardy looking the very opposite of corpulent Ollie. Yet, Lucille mirrors Ollie in her frustration with Stan’s behaviour, just as Ida mirrors her husband’s devotion to the fantasy of tinsel-town as she brags about her high-profile collaborations.

All too often, peering into the personal lives of beloved icons reveals an ugly side. But there are no closeted skeletons to be found in Stan & Ollie, a film which decides to play up the [positive side] of this fondly-remembered duo. The pair’s friendship survives the occasional row, and the narrative reaches a touching conclusion where Stan decides to stick with his partner – who had retired due to ill health – even though it means retiring in turn. 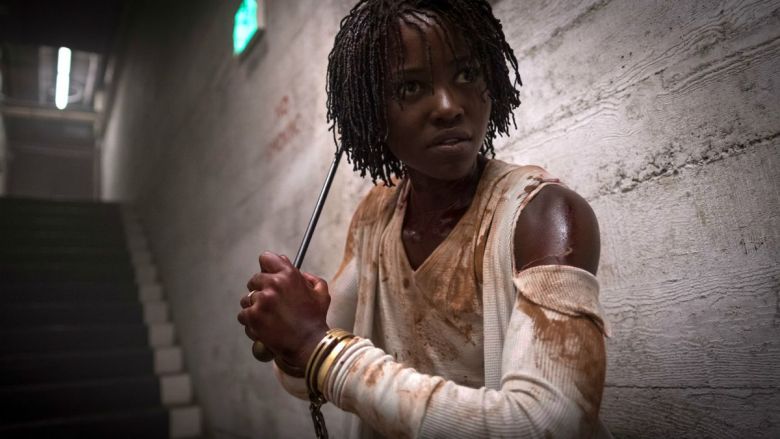 I have to admit that, when I look back at Us, it seems less like a narrative and more a sequence of images and set-pieces. While Get Out showed Jordan Peele the director and Jordan Peele the writer working in tandem, I think Us was more a showcase for Peele as director, delivering a series unforgettable images but leaving much of the writing process to the audience. I notice that different people have come up with quite different interpretations of the film’s fairy tale premise: some see it as a story about race, others social class; it also touches upon disability, with more controversial results.

While overwhelmingly well-liked, I notice that a lot of people found the ending too predictable. That seems fitting, to me: the film is at its weakest when the audience can put their finger on what’s happening.

Let’s be honest, the trailer for Missing Link looked pretty poor, consisting mainly of the character-takes-things-literally jokes about cracking open windows or throwing ropes over walls that are hardly the stuff off inspired animated filmmaking. But hey, it’s Laika, and I’ve dug every other Laika film I’ve seen so far, so I decided to give it a chance.

I didn’t regret it. Here’s the thing: as it happens, the film’s script actually does consist mainly of character-takes-things-literally jokes about cracking open windows or throwing ropes over walls. And yet, they work. Between the lovely stop-motion animation and the strong voice acting, the characters have more than enough life to them to pull off even the most shopworn gag. The obviousness became part of the appeal in this self-consciously old-fashioned film, which bucked modern trends for wisecracking and pop-culture references in favour of material that could have come out of a Sparky comic in the 1970s. 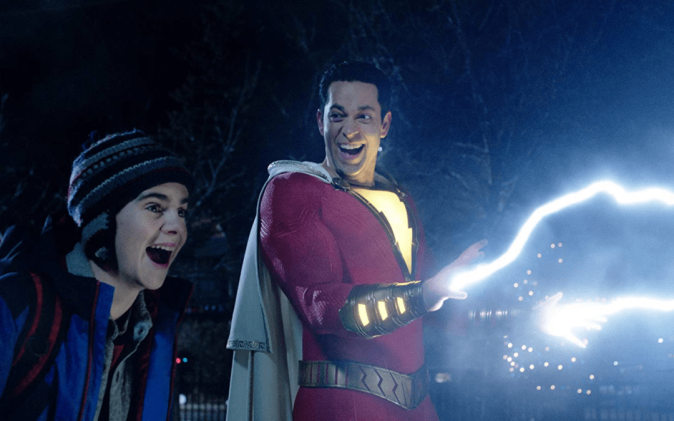 So far, 2019 has seen the usual stream of superhero flicks: Captain Marvel, Shazam!, Avengers: Endgame, X-Men: Dark Phoenix, Brightburn and Spider-Man: Far From Home. I haven’t seen the new Spidey yet, but out of the other five, my favourite is definitely Shazam!. I gushed over it on release, and my affection for the film hasn’t waned. A worthy addition to the cinematic superhero pantheon.