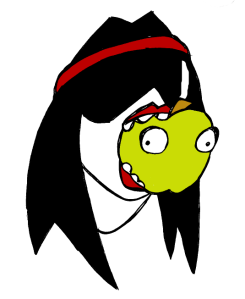 Ah, October. The month where I get to carry out my annual #31daysofhorror ritual, gobbling up one horror film and one horror story for every day of the month. This year, I decided to throw in an extra course by devouring a stack of zombie novels. Om nom nom, as they say.

I’ve taken all of this as an opportunity to squeeze in some research – specifically, for the horror chapter in my book Monster Hunters, Dinosaur Lovers: Speculative Fiction in the Culture Wars. The chapter in question will have a section on zombie fiction (a few works of which turned up in the Puppy campaigns, although this was seldom mentioned by observers) along with a section on the short stories written for Nightmare’s Women/Queers/People of Colour Destroy Horror special editions. I was able to make a pretty big dent in the chapter over the month of Halloween; now I just need to get cracking on the section about urban fantasy…

Articles of mine posted elsewhere this month:

Article topics for November and beyond: