I’ve rather belatedly started reading up on Elsagate. For the uninitiated, this is a controversy over YouTube Kids allowing videos which use popular children’s characters (such as Elsa from Frozen) in contexts that are not really family-friendly. Some are animated, others are live action, all are weird.

Do a search for “Elsagate” and you’ll find multiple theories about how these videos came to exist. Possible explanations range from automated animation software gone awry, to a paedophile gang using cartoons to groom children.

But for the live-action videos, at least, I think the explanation is a little simpler. Having looked at some of them, my impression is that the clips are no more than amateur attempts to create something in the vein of a Family Guy or Robot Chicken skit, which also mix pop culture characters with all manner of debauched humour. The sticky wicket is that the creators lack any comedic ability, meaning that the results are less funny and more… well, worrying.

Take, for one, the video showing a guy in a Joker mask pretending to urinate on a guy in a Spider-Man costume. Now, somebody somewhere might find that a funny scenario. I can’t say I’m one of them, but I’ll acknowledge that – if executed by half-decent comedians – it would at least be recognisable as a comedy sketch.  But the video, as produced, could easily be mistaken for some kind of weird fetish clip.

The videos tend to be dialogue-free, so it’s hard to tell what countries they were made in. Once we factor in cultural differences, then their oddness becomes less surprising: nothing gets lost in translation quite like comedy.

I understand that a large number of the more contentious Elsagate videos have been removed, but there are still plenty of videos analysing the phenomenon.

For example, a channel called Investigating YouTube has a video with the title “Elsagate – Top Ten WORST Spiderman clips featuring Elsa and the Joker”. This compiles various clips including, amongst other things, Spider-Man watching Supergirl undress; Spider-Woman giving birth to a Chucky doll; and Venom defecating chocolate sauce over Spidey and Elsa’s heads.

All of this is accompanied by a sober voice-over commenting on the shocking nature of this material (“the focus on Elsa’s masculine, hairy legs makes it very clear that this is a man dressing up as a woman”). Meanwhile, the silent-comedy piano tracks of the original videos are replaced with the kind of sorrowful background music you’d expect to hear in a news report about an orphanage burning down. Suddenly, the videos have taken on a new light.

You know what this reminds me of? That incident in 1987 where someone hacked into a television broadcast (two, in fact) and played a video tape of a guy in a Max Headroom mask. The video itself is just someone goofing around in front of a camera, but the context – inserted into a broadcast by an unknown hacker, with weirdly distorted audio – makes it all rather creepy. I get a similar vibe from the Elsagate videos: dim-witted, low-budget comedy skits that have been repackaged, successfully, as something eerie and sinister. I’m not surprised that people are spinning conspiracy theories after seeing them in this context.

I’ll admit that one of the clips in the Investigating YouTube compilation genuinely bothers me. It shows a man dressed as the Joker interacting with a kid in a Spider-Man outfit; the man swings the child about by the legs, before partially burying him (I’m assuming the kid is a boy) in the garden. Now, it’s quite possible that the kid was on board with all of this, saw it as no more than rough-and-tumble, and enjoyed himself as he took part in the video… but there’s no way of telling. Because the kid’s wearing a mask, we can’t even see his expression. The effect is undeniably disturbing.

Beyond this concern, though, I honestly think that the videos are no more than the work of drunken frat-boys (or the cultural equivalents thereof) having a laugh. And the more I watch them, the more likely this seems – particularly after I found a missing piece of the puzzle.

While searching around YouTube for Elsagate clips, I stumbled across some outwardly similar videos uploaded by a chap named Sean Ward. When the characters began engaging in comic banter, rather than the eerie silence of the Elsagate clips, I realised that these are something more straightforward. No question about it, they’re just low-budget comedy skits.

Then I noticed that Sean had started uploading these videos as far back as January 2016, while the Elsagate videos appear to have made their debut the following March. And Sean’s sketches depict Spider-Man and Elsa as a couple, a premise that turns up again and again in Elsagate.

Suddenly, everything started to make more sense. The live-action Elsagate videos now seem like cheap knockoffs of Sean Ward’s comedy sketches, made to grab some YouTube advertising cash. Alternatively, it’s possible that Sean Ward and the Elsagaters are each drawing upon an earlier YouTube comedian with a similar schtick. Either way, there’s no need for conspiracy theories here.

One thing’s for sure, though: Disney knockoffs have certainly evolved since the days of Enchanted Tales. 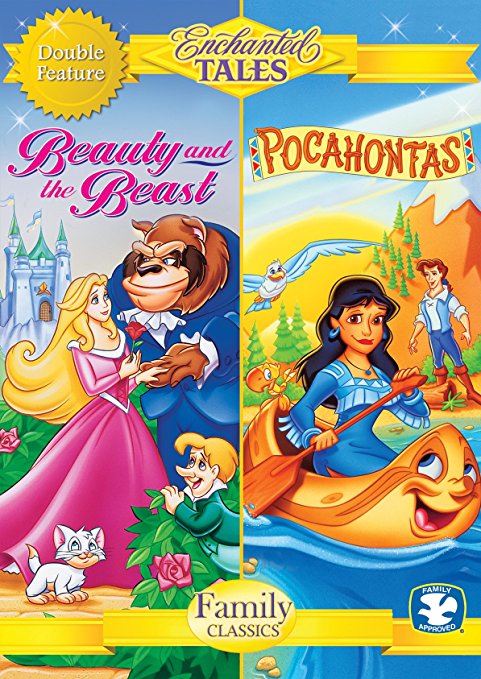