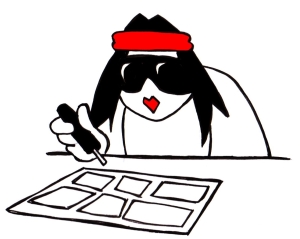 Goodbye to the first twelfth of the year…

I spent a good chunk of this month cracking on with Midnight Widows. I’ve been inking Marcela’s lovely pencils for issue 2, and overseeing some early work on issue 3. I’ve also got started on the trailer to accompany the crowdfunding campaign, which should – if all goes to plan – start during the first half of this year. The Widows are coming!

On top of that, I’ve also been working through a pile of writing. Monster Hunters, Dinosaur Lovers is still taking shape (first chapter draft! Weee!) and another sizeable project has finally ended up on my to-do list after a period of uncertainty. I’ve been working on a number of articles, which’ll be seeing publication in February, and I have some more to come after that as the year unfolds.

…yeah. Pretty slim pickings, but like I say, I have a bumper crop coming next month. Honest, guv.

Writing topics for February and beyond:

Today, for the first time, I managed to finish a complete draft of a chapter from my book Monster Hunters, Dinosaur Lovers: Speculative Fiction in the Culture Wars. It clocks in at about 6,800 words, which isn’t bad considering that I had fewer than 2,000 words’ worth of blogging to start with.

The chapter focuses on humorous SF/F. It’s a bit loose in terms of subject, but it rounds up some stories that I was having trouble slotting in elsewhere, so I’m happy with it.

On a related note, I’ve also had an idea that’ll drastically simplify one of the other chapters in the book. Which means that the Six Nebulous Chapters (as I have come to think of them) are now the Five Nebulous Chapters. Score!

“Tarrano’s dream of universal conquest was plain. In the Venus Cold Country he had started his wide-flung plans. Years of planning, with plans maturing slowly, secretly, and bursting now like a spreading ray-bomb upon the three worlds at once.”

Having covered the trinity of space operas that debuted in August 1928 (Interstellar Patrol, Skylark of Space and Buck Rogers) I’m now going to look at a long-forgotten near-contemporary…

Ray Cummings’ story Tarrano the Conquerer was serialised in Hugo Gernsback’s Science and Invention magazine, beginning in 1925, before being published as a novel in 1930. The latter edition can be read online here; I can’t say if the original magazine version had any differences.

The story begins with the main character, reporter Jac Hallen, witnessing the murder of the President of the Anglo-Saxon Republic – the first political assassination to occur in two centuries. Later that day the ruler of Allied Mongolia is similarly struck down, followed by the African leader, leaving Earth without its heads of state. Earth is not the only planet in trouble: the head of the Venus Central State is also murdered, and a message from the planet blames this on someone named Tarrano. After this, the king of Mars falls victim to regicide.

Jac’s friend Dr. Brende (“It was he who discovered the light vibrations which had banished forever the dread germs of several of the major diseases”) calls him over to discuss matters. Brende talks about political tension between two nations of Venus – the Central State and the Cold Country – and concludes that an official named Tarrano is leading the latter nation in a rebellion. He also reveals that he has discovered a way to halt the effects of old age, and believes that Tarrano has somehow come across his secret. Dr. Brende ends up dead in an attack, and Jac goes on the run with the late doctor’s twins Georg and Elza.

END_OF_DOCUMENT_TOKEN_TO_BE_REPLACED

I’ve been working my way through a stack of urban fantasy novels lately, as part of a research project. One question I’ve been asking myself is how each story justifies being both urban and fantasy, as opposed to either a straightforward crime novel or a secondary world fantasy.

I recently re-read Storm Front, the first book in Jim Butcher’s Dresden Files series, and I have to say that it’s a pretty tidy little summary of how the urban and the fantasy can be kept in good balance.

END_OF_DOCUMENT_TOKEN_TO_BE_REPLACED

I’ve rather belatedly started reading up on Elsagate. For the uninitiated, this is a controversy over YouTube Kids allowing videos which use popular children’s characters (such as Elsa from Frozen) in contexts that are not really family-friendly. Some are animated, others are live action, all are weird.

Do a search for “Elsagate” and you’ll find multiple theories about how these videos came to exist. Possible explanations range from automated animation software gone awry, to a paedophile gang using cartoons to groom children.

But for the live-action videos, at least, I think the explanation is a little simpler. Having looked at some of them, my impression is that the clips are no more than amateur attempts to create something in the vein of a Family Guy or Robot Chicken skit, which also mix pop culture characters with all manner of debauched humour. The sticky wicket is that the creators lack any comedic ability, meaning that the results are less funny and more… well, worrying.

END_OF_DOCUMENT_TOKEN_TO_BE_REPLACED 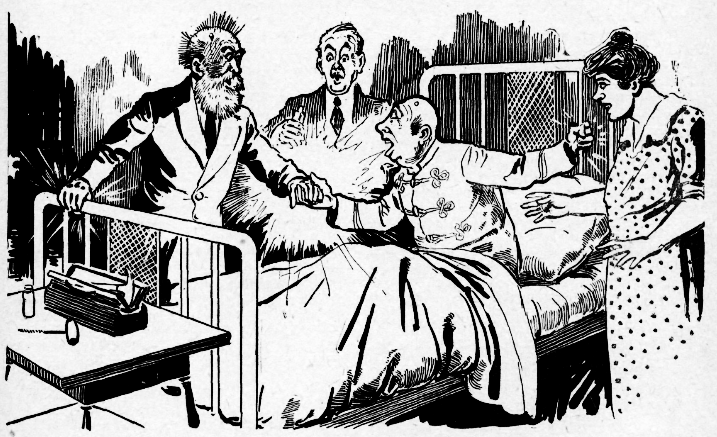 The latest post in my issue-by-issue series on Amazing Stories is up. This time I’ve been looking at March 1927, when lost worlds were very much in fashion. Also: meet the enterprising reader who was inspired to electroplate some rats!