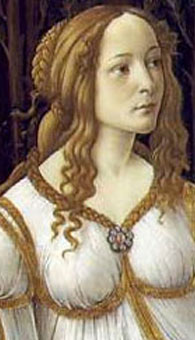 Well, April (with his shoures soot) has finished, the discounted Easter eggs have been snapped up from Co-Ops across the land, and the merry month of May is waiting in the wings. What have I been up to?

I’m happy to report that my comic project is soon to be unveiled: if all goes to plan, it will begin publication in June. It’s been a long time gestating, and having got thoroughly attached to the characters I’m looking forward to finally unleashing them upon the world.

In other news, the latest batch of Hugo finalists were announced this month. I’m preparing to review the prose categories for WWAC, and at the same time figuring out where to work the reviews into Monster Hunters, Dinosaur Lovers, my upcoming book about the fiction caught up in the Hugos/Puppies controversy.

N. K. Jemisin, John C. Wright and Seanan McGuire will each be getting their own chapter, so I know where to file their stories. Death’s End, Penric and the Shaman and “The Tomato Thief” are all sequels to works I’m already covering, so they’ll be easy enough to slot in. The presence of The Dream-Quest of Vellitt Boe and The Ballad of Black Tom, meanwhile, has made me go through with an idea I had been toying with for a while: giving an entire chapter to revisionist Lovecraftiana, a topic which I’m currently including in the horror chapter. Seeing that “Seasons of Glass and Iron” made the cut, it looks like I’ll be including a chapter on fairy tales as well, having previously gone back and forth on the notion.

In my weekly trips to the cinematograph I saw Kong: Skull Island, Power Rangers, Beauty and the Beast and… well, I did think of heading to Guardians of the Galaxy 2 and continue gutting myself upon Hollywood franchise blockbusters based on stuff we liked as kids. But instead, I decided to sample the British counterpart – cosy, nostalgic period dramas – and went to see Their Finest.