Well, April (with his shoures soot) has finished, the discounted Easter eggs have been snapped up from Co-Ops across the land, and the merry month of May is waiting in the wings. What have I been up to?

I’m happy to report that my comic project is soon to be unveiled: if all goes to plan, it will begin publication in June. It’s been a long time gestating, and having got thoroughly attached to the characters I’m looking forward to finally unleashing them upon the world.

In other news, the latest batch of Hugo finalists were announced this month. I’m preparing to review the prose categories for WWAC, and at the same time figuring out where to work the reviews into Monster Hunters, Dinosaur Lovers, my upcoming book about the fiction caught up in the Hugos/Puppies controversy.

N. K. Jemisin, John C. Wright and Seanan McGuire will each be getting their own chapter, so I know where to file their stories. Death’s End, Penric and the Shaman and “The Tomato Thief” are all sequels to works I’m already covering, so they’ll be easy enough to slot in. The presence of The Dream-Quest of Vellitt Boe and The Ballad of Black Tom, meanwhile, has made me go through with an idea I had been toying with for a while: giving an entire chapter to revisionist Lovecraftiana, a topic which I’m currently including in the horror chapter. Seeing that “Seasons of Glass and Iron” made the cut, it looks like I’ll be including a chapter on fairy tales as well, having previously gone back and forth on the notion.

In my weekly trips to the cinematograph I saw Kong: Skull Island, Power Rangers, Beauty and the Beast and… well, I did think of heading to Guardians of the Galaxy 2 and continue gutting myself upon Hollywood franchise blockbusters based on stuff we liked as kids. But instead, I decided to sample the British counterpart – cosy, nostalgic period dramas – and went to see Their Finest.

The second instalment of my three-part essay on racism and portrayals of far right politics in British horror fiction is now live at WWAC. This time, I am focusing on the rise of the National Front in the 1970s and how it was represented in the work of two horror writers – the anti-fascist James Herbert, and the NF candidate David A. Riley.

Hmm, that’s not really the stuff hot takes are made of. Bear with me while I try to dig a little deeper…

END_OF_DOCUMENT_TOKEN_TO_BE_REPLACED

For some time now I’ve been working on an essay at WWAC about racism and portrayals of far right politics in British horror fiction; the thing became do long that I had to split it into three instalments. Part one has just gone live, and is something of a prologue: while the later instalments will focus on the postwar far right, the first part looks at racial dehumanisation in pre-war horror and the question of whether horror is an inherently reactionary genre. I hope that my readers will find something of value there. 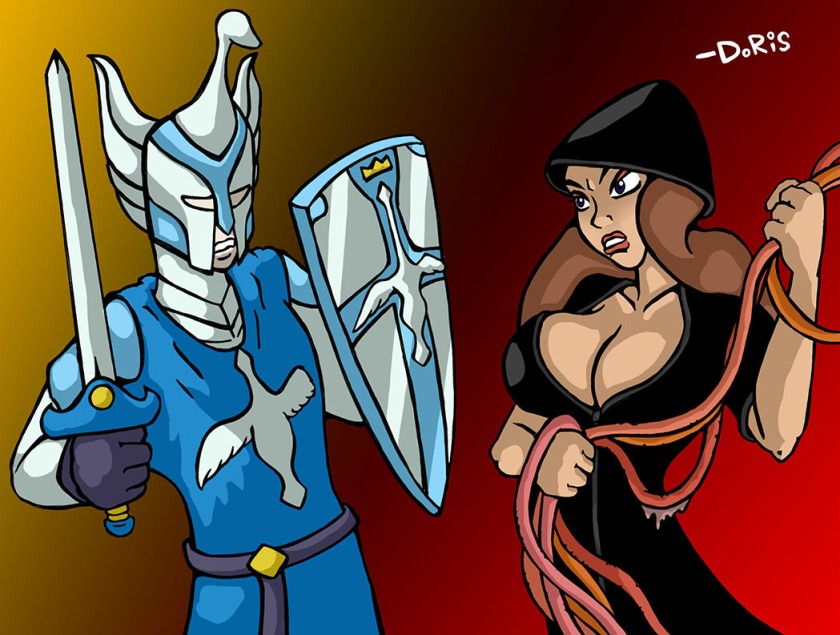 At this point, I’ve blogged multiple times about the intersection (or lack thereof) between the Sad/Rabid Puppies campaigns and horror fiction. I find it genuinely interesting that horror fandom never had an equivalent to the Puppies or to Gamergate, and since those movements peaked about two years ago, I doubt that horror ever will have such a thing unless a future generation starts the cycle anew.

Right now, I feel like taking another look to try and see what might have inoculated horror against the culture war (if you can forgive the mixed metaphor…)

One of the outgrowths of the Puppy campaigns is the so-called Pulp Revolution. This movement is based on the argument that mainstream publishers are preoccupied with political preaching and literary pretension, causing science fiction and fantasy to lose the vitality and straightforward storytelling of the pulp era. But now, thanks to Kindle direct publishing, indie authors can relight the flame and attract readers turned off by the tosh that big publishers are trying to foist onto them.

END_OF_DOCUMENT_TOKEN_TO_BE_REPLACED

It’s the middle of the month, so time for another helping of Belladonna nagazine!

This issue features interviews with actress Sarah Booth, Raw director Julia Ducournau and Channel Zero‘s Nick Antosca, while Guest Honey Samantha McLaren treats us to an article about menstruation in horror films (hello, Carrie!) Plus, all the usual celebrations of monster movies and slasher trash.

For my part, I’ve contributed reviews of Jim Campbell’s At the Shore and Valiant’s Britannia, along with a feature on monster toys and the moral controversies that tend to arise from these devilish playthings.

All available for purchase at the official site, Magzter and MagCloud.

My latest Amazing Stories retrospective is now live, looking back at issue 4 from July 1926.

Amongst the material in this edition is a letter from George Allan England, one of the authors who contributed to issue 1, which I found quite interesting in light of recent ideological disputes within SF. I did include an excerpt from the letter in my article, I thought that it was worth reprinting in full without comment as a historical specimen…