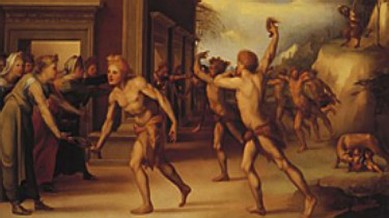 Well, that’s the second month of 2017 done and dusted (more or less). It wasn’t an especially eventful month for me; I spent a good chunk of it down my local gay bar, reading Sax Rohmer while early-2000s synth pop played in the background.

But February did have a definite highlight in that I got to see more of the lovely pencils from Marcela, the artist with whom I’m collaborating on my comic. It’s all looking gorgeous, and I’m tremendously pleased to be working with her.

Exactly when I’ll have something solid to show for the project is still TBA, but hopefully it should be sometime this year.

In the meantime, this:

It’s that time of the month again: Belladonna, the all-woman horror magazine put together by we of the Horror Honeys, has it the newsstands of cyberspace.

Highlights include interviews with Jovanka Vuckovic, Claire Carré and Roxanne Benjamin; a feature on woman-fronted metal bands; reviews of the latest horror releases; and a poetic rumination on what might have happened to Lord Summerisle had his sacrifice of Edward Woodward failed to save the island’s apples.

All in all, the latest Belladonna has more ghoulie goodies than you can shake a mummified limb at.

So, what are you waiting for? Pick up your copy now! AND I MEAN NOW. 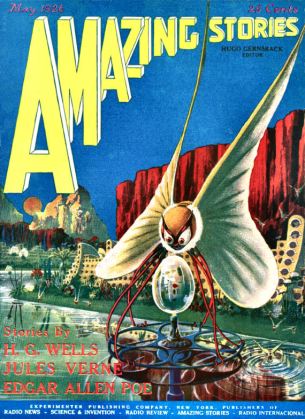 The second instalment of my Amazing Histories series has gone live. Here, I look at issue 2 of Amazing Stories magazine, published all the way back in May 1926.

Here, the familiar names of H. G. Wells, Jules Verne and Edgar Allan Poe are joined by other, less well-remembered talents. Whether your favoured form of transport is a comet, a pair of insectoid Martian wings or entry into the fifth dimension of size, come on over and see for yourself…

In my previous post I celebrated the first issue of Pernicious Anaemia, a vampire fanzine published circa 1990. It’s not especially groundbreaking, as fanzines go, but it’s a nice slice of nostalgia and I find it hard not to feel a bit warm and fuzzy when I think about it.

So, I thought I may as well cover the second instalment as well, for the benefit of anybody who feels curiosity about this Tividale-based goth publication…

END_OF_DOCUMENT_TOKEN_TO_BE_REPLACED

I sometimes buy vintage fanzines on eBay or, occasionally, at a local second-hand shop. I have no memory of picking up the first two issues of the vampire zine Pernicious Anaemia, so I’m guessing that I must have got them as part of a bulk purchase at the latter outlet.

Bound in black tape at the English village of Tividale, Pernicious Anaemia was published circa 1990. Neither instalment contains a specific date, but the second issue identifies Susy McKee Charnas’ 1980 novel The Vampire Tapestry as having come out ten years previously, giving a pretty good clue as to the zine’s vintage.

Not only is this before Twilight, Buffy and True Blood, it is before Gary Oldman swooped across our screens in his much-ridiculed bouffant. Aside from the immortal works of Bram Stoker and Sheridan le Fanu, the dominant texts for a young vampire enthusiast of this period would have been Salem’s Lot, Near Dark, The Lost Boys, Anne Rice’s first three Vampire Chronicles books and television repeats of old Hammer films. A quite different scene to today.

END_OF_DOCUMENT_TOKEN_TO_BE_REPLACED

Of all the books edited by the one-man anthology factory Peter Haining, The Ghouls from 1971 has one of the nicest ideas. Haining’s aim with this collection (published in both a one- and two-volume edition; I own the latter) was to collect the stories that inspired the classics of horror cinema, along with a foreword by Vincent Price, an afterword by Christopher Lee and short introductions by Haining himself which, together, form a potted history of horror films.

How does it work in practice? Well…