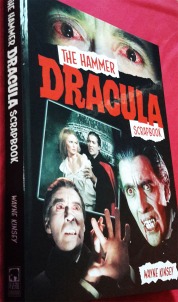 A cold has been disrupting my sleep patterns and making me a tad grumpy, but I was cheered up by the arrival of Wayne Kinsey’s new book: The Hammer Dracula Scrapbook!

For those unfamiliar with his work, Wayne Kinsey is known for his in-depth histories of the Hammer studio. A recent labour of love from his Peveril Publishing outfit is the ongoing Fantastic Films of the Decades series, which mixes detailed information with a sumptuous array of images. The Dracula Scrapbook moves still further along that spectrum: information is sparse, and images take centre stage across the 300-plus pages. 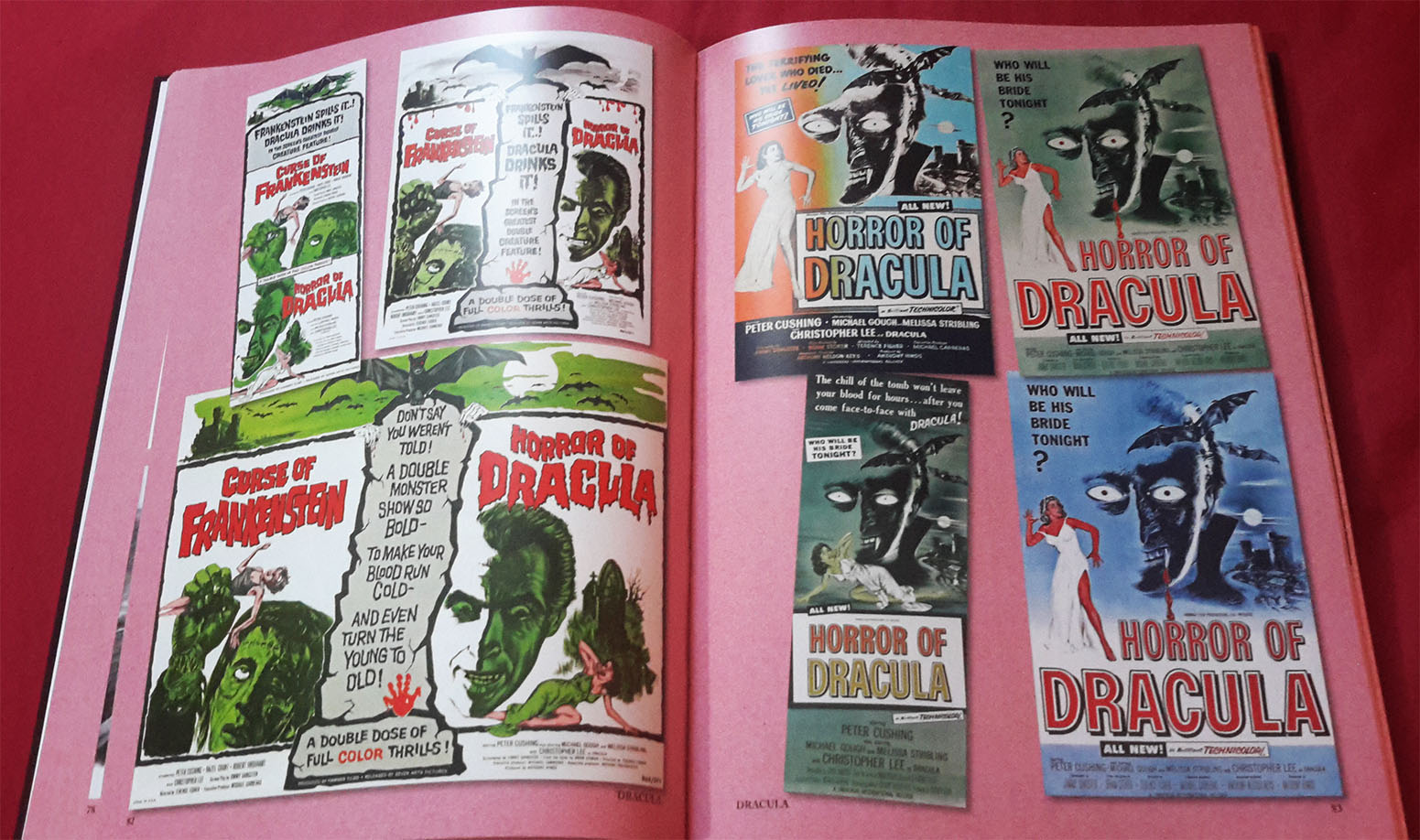 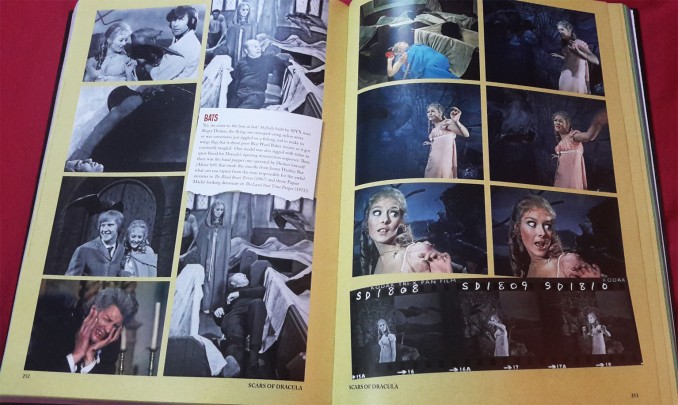 Kinsey has gathered together a truly impressive range of images relating to Hammer’s Dracula films. Screengrabs from the films, publicity shots, posters, lobby cards – all here. Some pages focus on actors, others on backgrounds, make-up effects or even the choice of lettering in trailers. Rounding things off are scans of rarely-seen documents such as annotated scripts or publicity materials for cinemas (“Let Horror Fangs Put Teeth In Your ‘Dracula’ Campaign”). All in all, a delectable coffee-table book for people who , like me, cannot get enough Hammer. 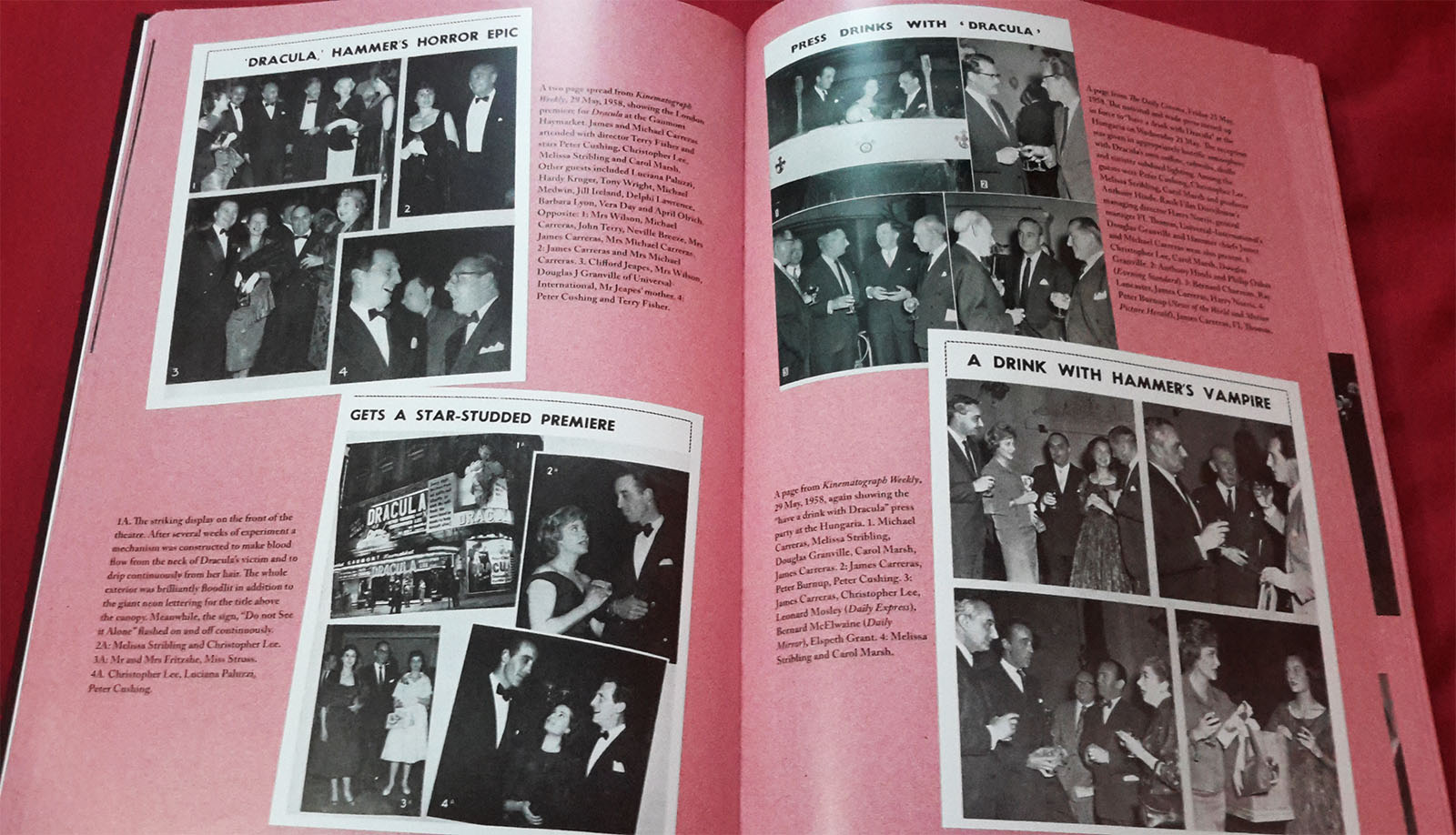 As Peveril Publishing is a small-press operation, the book is limited to just 600 copies. In all likelihood, it will have sold out by the time you read this. But all is not lost: Wayne Kinsey is planning to follow up with The Hammer Frankenstein Scrapbook, along with three more books that cover the studio’s miscellaneous monster films. Keep an eye out, and catch them while you can… 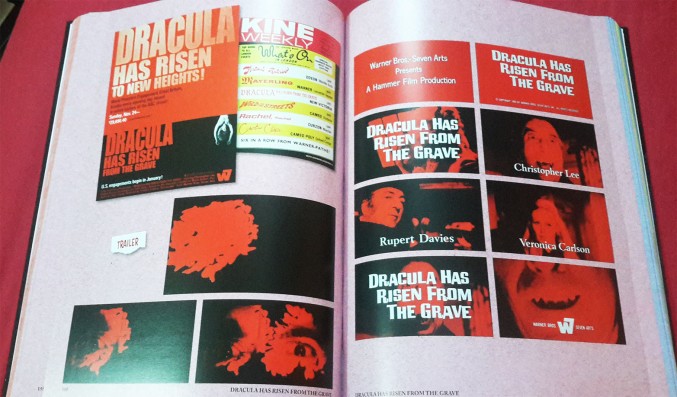